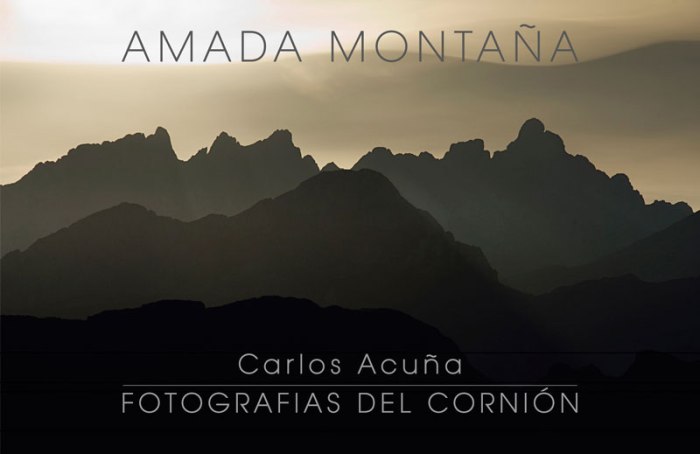 Amada Montaña is the title for a selection of pictures of landscapes and folds taken at the Cornión, the westernmost mountain massif of the Picos the Europa, right beside the Cantabrian Coast, north of Spain.

In 1918, this mountain range became the first National Park declared in Spain, and was named the Montaña de Covadonga National Park. Following an expansion of its boundaries, it has recently been renamed the Picos de Europa National Park.

Cornión comes from the word cuerno (horn), used by the ancient settlers of the surrounding valleys when referring to the vertical limestone peaks in this majestic setting, sometimes exceeding a height of 2.500 meters.

Surrounded by deep gorges and little wild rivers, these labyrinthine rocky formations are dotted by small and beautiful meadows which have been used as mountain summer pastureland since the Neolithic period. Such secular activity has undoubtedly shaped, humanized and even beautified this landscape.

These pictures, belonging to the Amada Montaña series taken between 2005 and 2012, express my reencounter and the love that I feel for these mountains since my childhood.